This project included installing both a stem wall foundation, using our composite panels and footings, and the above grade walls which we used our panels for to complete the shell of the ADU. This was a 3 part installation, that included PICKING UP AND MOVING THE ENTIRE FOUNDATION as the foundation was installed within the setbacks of the property (a simple mistake made by the builder). We picked up the foundation (walls and attached footings) with an excavator rigged with straps and moved it 6’ over into the correct location. This was an incredible case study on the versatility and flexibility of the system compared to the rigidity concrete.

Part 2: We found out that the foundation was within the setbacks of the property lines. Had this been concrete, we would have been looking at an extremely expensive and time consuming mistake. With our prefab composite system, the mistake was minimal. Once we excavated the proper area for the foundation to be placed, we tied straps to the excavator which attached to eyebolts we fastened to the sill plates, and picked up the entire foundation, including the footings (which were attached to the panels via L-70 brackets), and moved it 6’ over into the correct location.

Moving the entire foundation 6’ took less than 1 hour! The time, labor, and money this saved our client was estimated at over $40,000, and 2-3 weeks of time. Incredible. If this were concrete, the contractor would have had to demolish and dispose of the concrete. Then would have to reform the footings, get an inspection, pour the footings, wait for them to cure, and then strip the footings. Then form the walls, get them inspected, pour the walls, wait for them to cure, strip the forms and then finally move forward.

Part 3: We then installed the above-grade walls to complete the outside shell of the ADU. This included an additional 64 LF of 9’ panels that comprised the 4 walls of the ADU. This was again completed using the excavator rigged with straps, tied to eyebolts attached to the sill plates. We installed 3 of the sides, then cut out the door entrance on site. We needed access to the inside of the ADU so we could guide the last panel into its place. To cut out the door opening, we used a regular skill saw and cut it on-site. This is another advantage of the system; it is effortless to make on-site modifications because the panels can be cut and modified on-site with traditional tools.

Then, once the door was cut, the last panel was installed and secured and the shell of the ADU was complete. This last part installation took 2 hours. The installation of the foundation and above-grade panels only took a total of 15 man hours. In addition, we saved the builder over $40,000 from an honest mistake, weeks of time in rectifying the mistake, and lots of stress from going over budget and having to explain the costly mistake to their clients. Overall, our system’s ability to adapt made it extremely easy to adjust to the circumstances saved the builder from costly fixes, and cut out weeks (probably months!) from the building cycle. 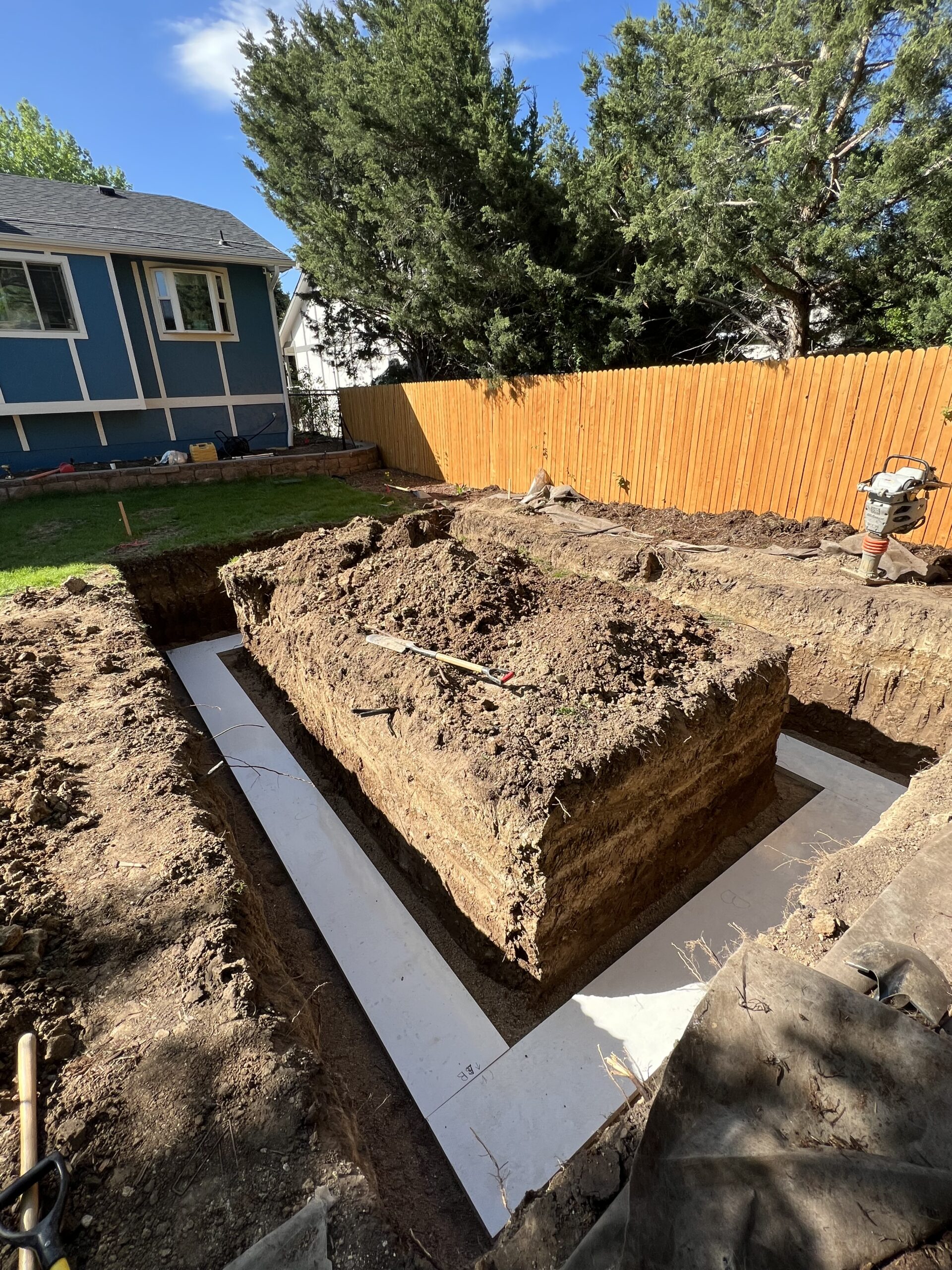 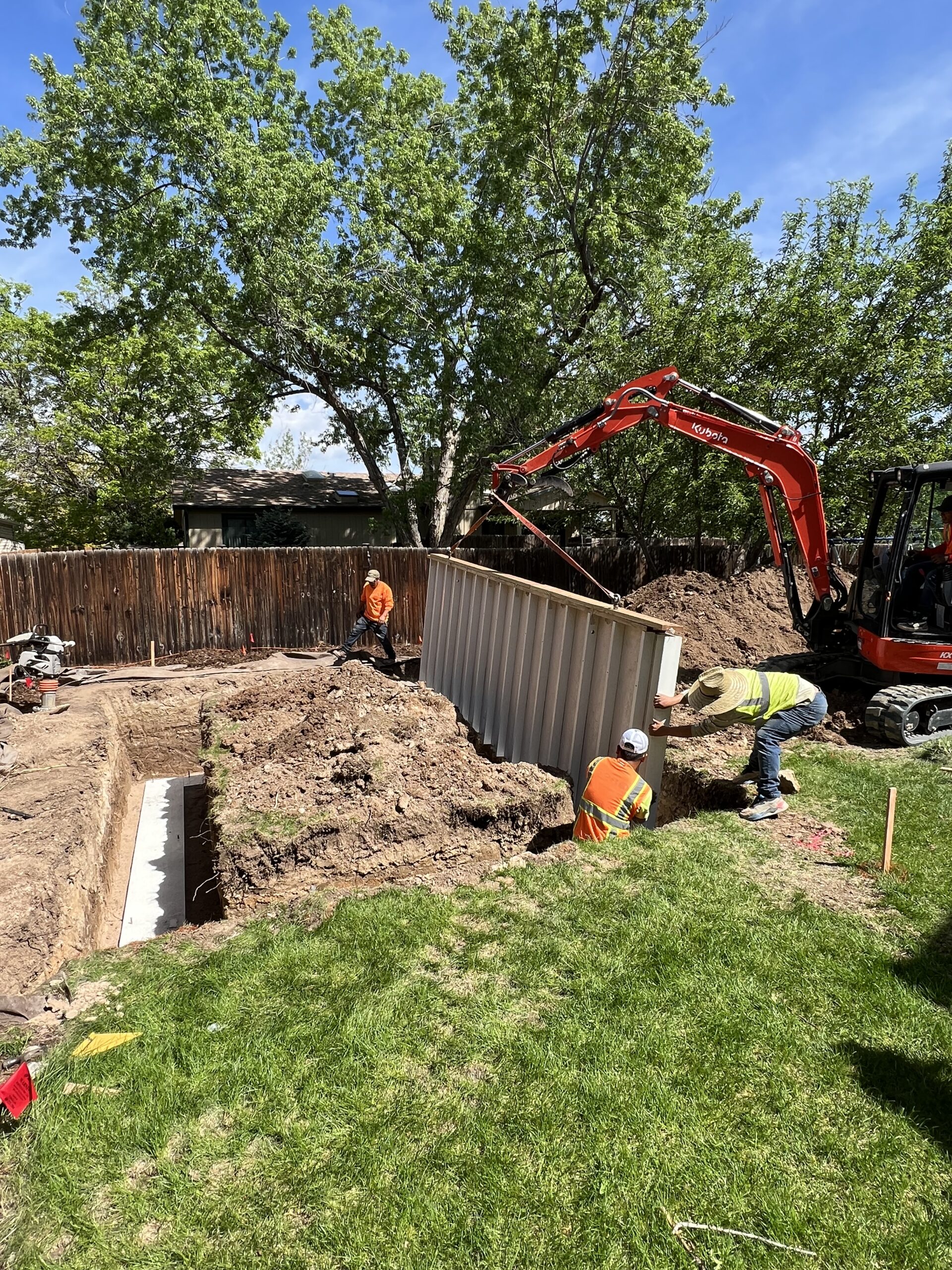 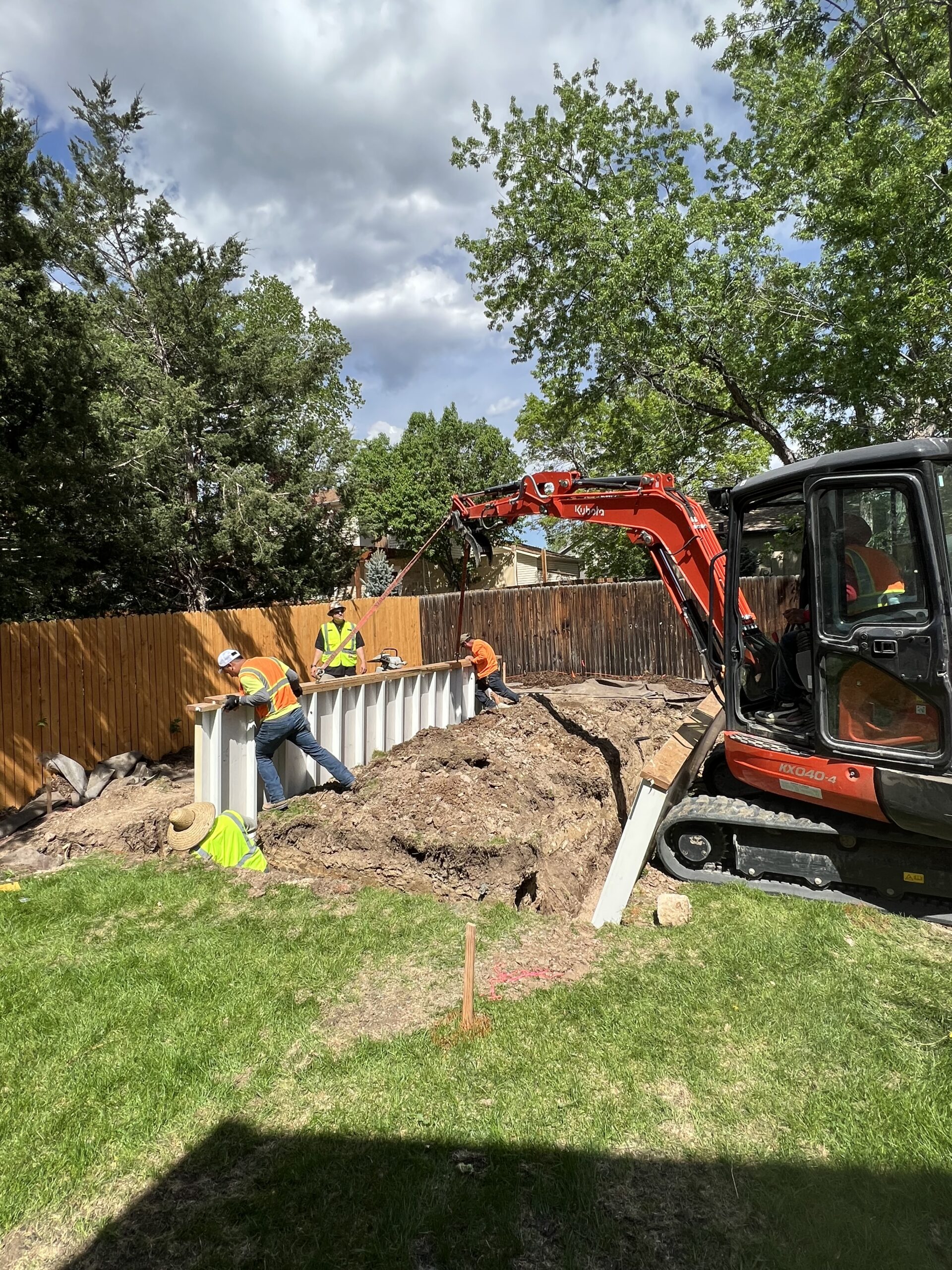 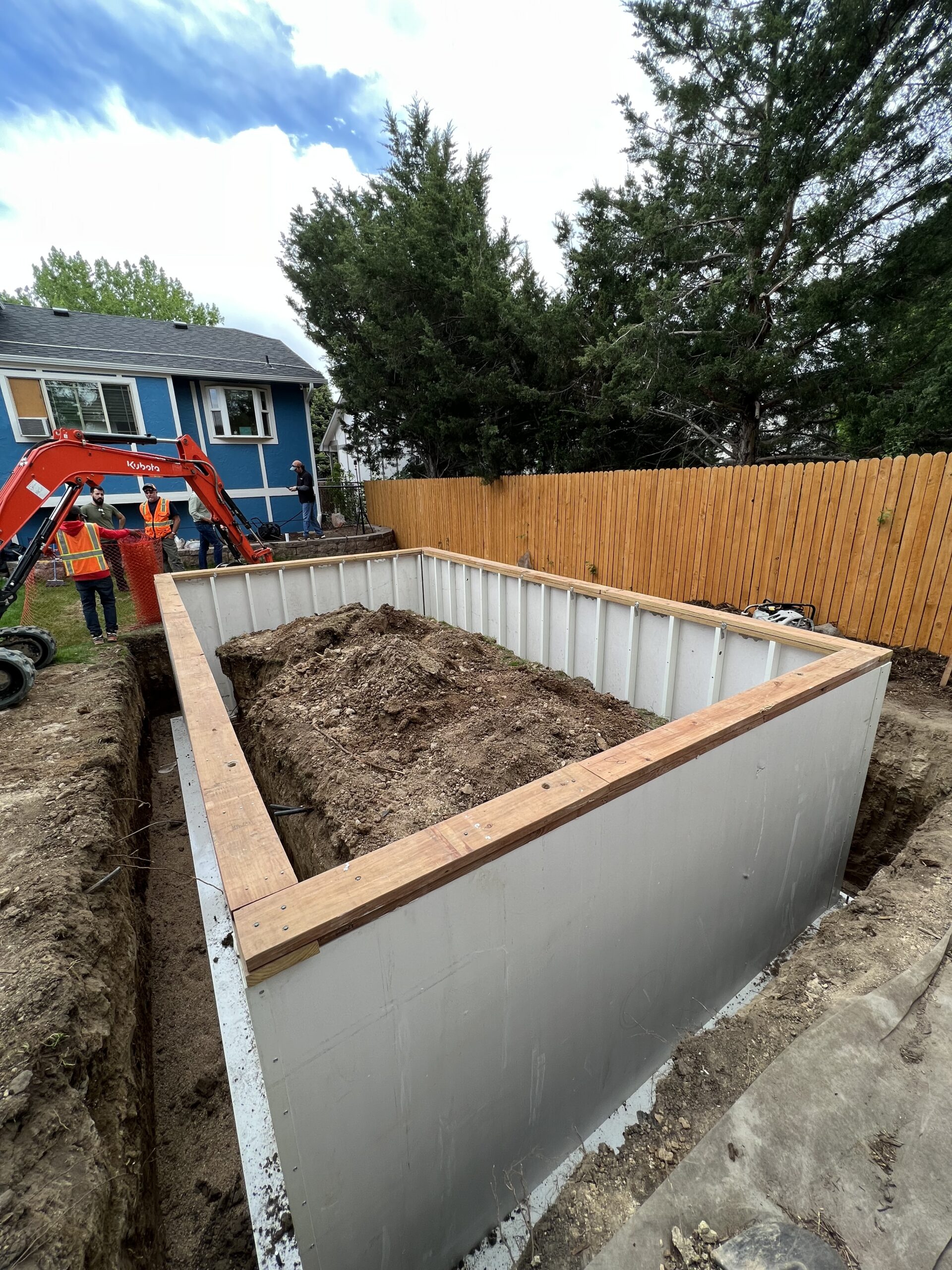 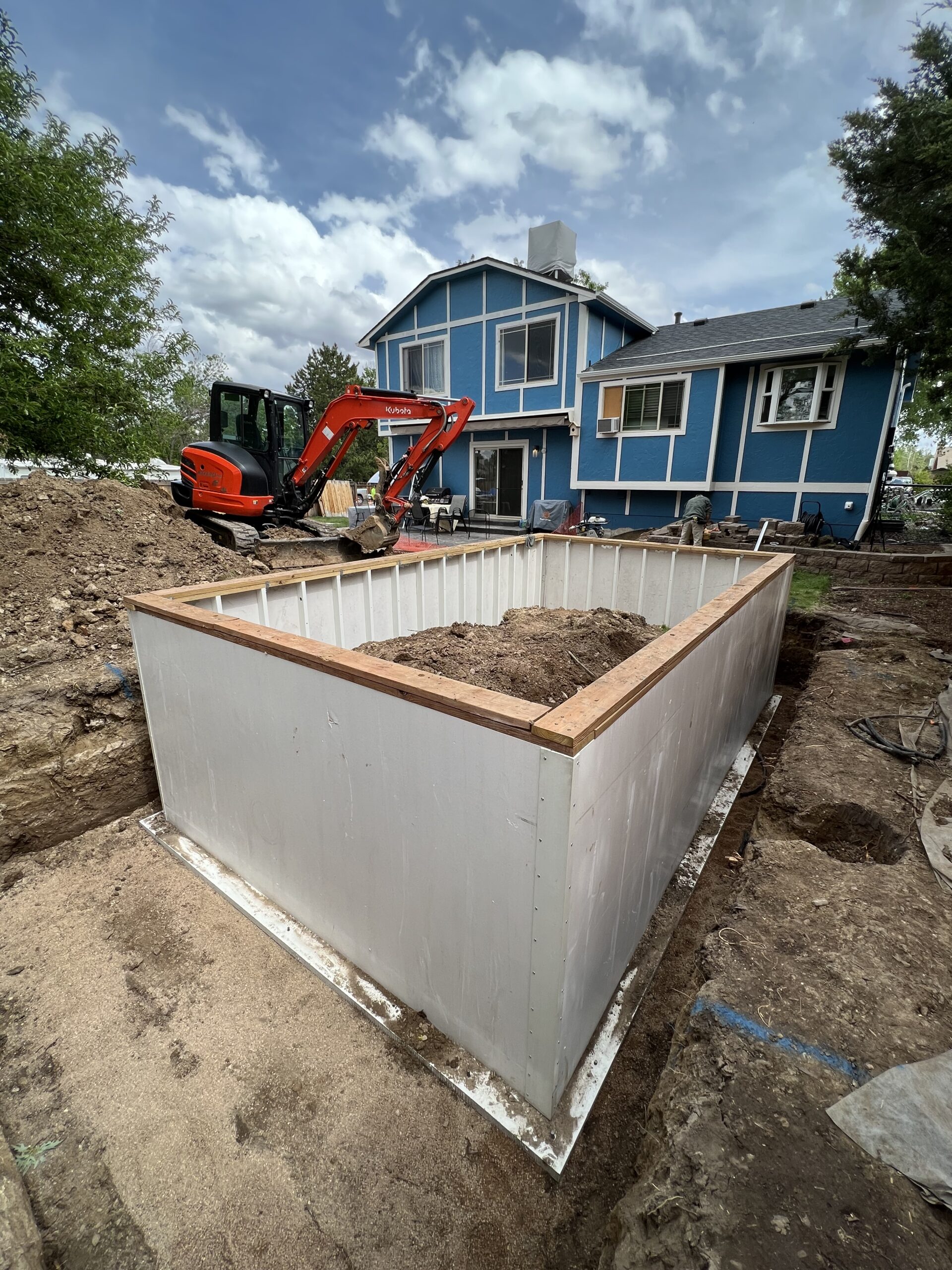 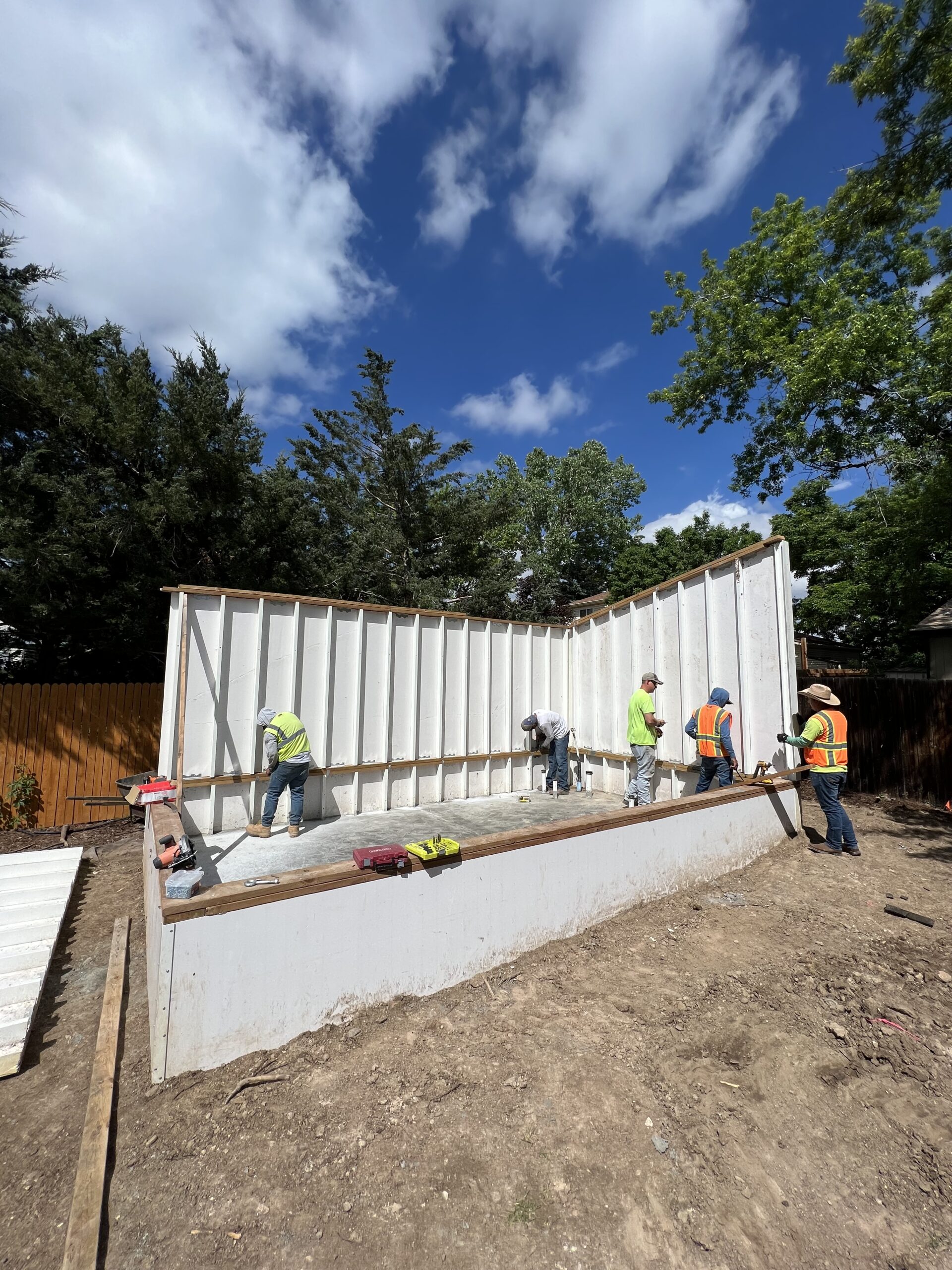 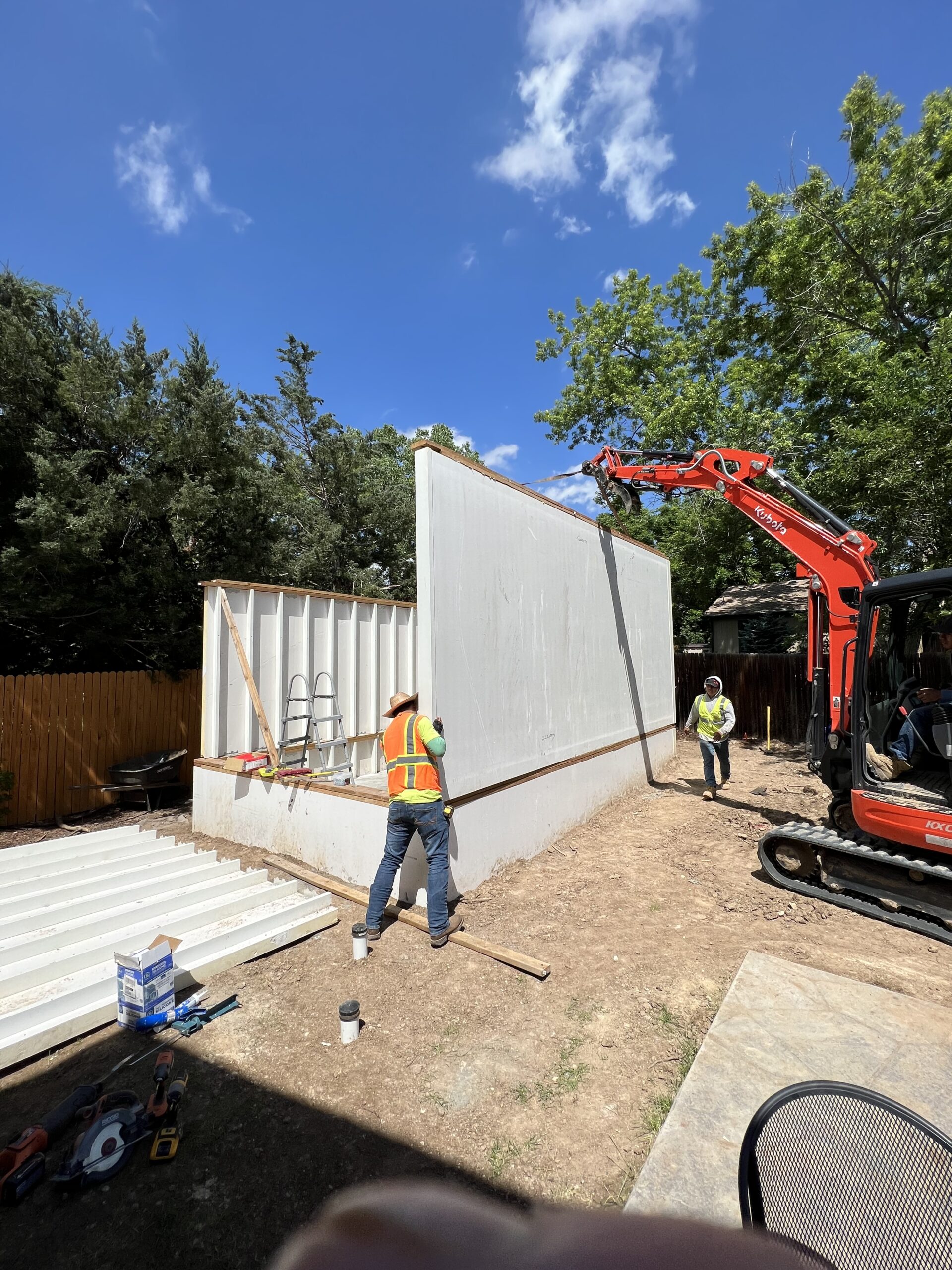 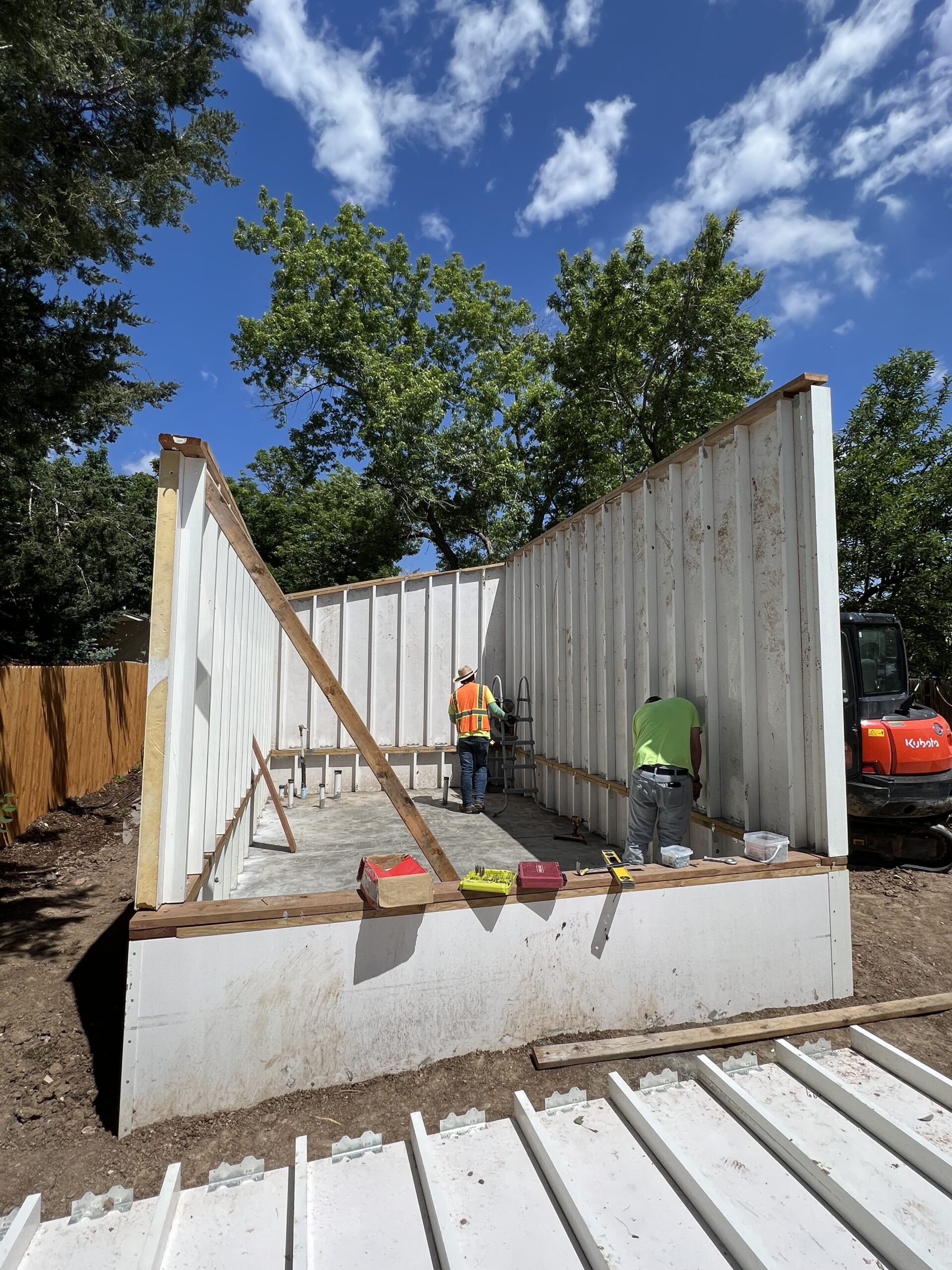 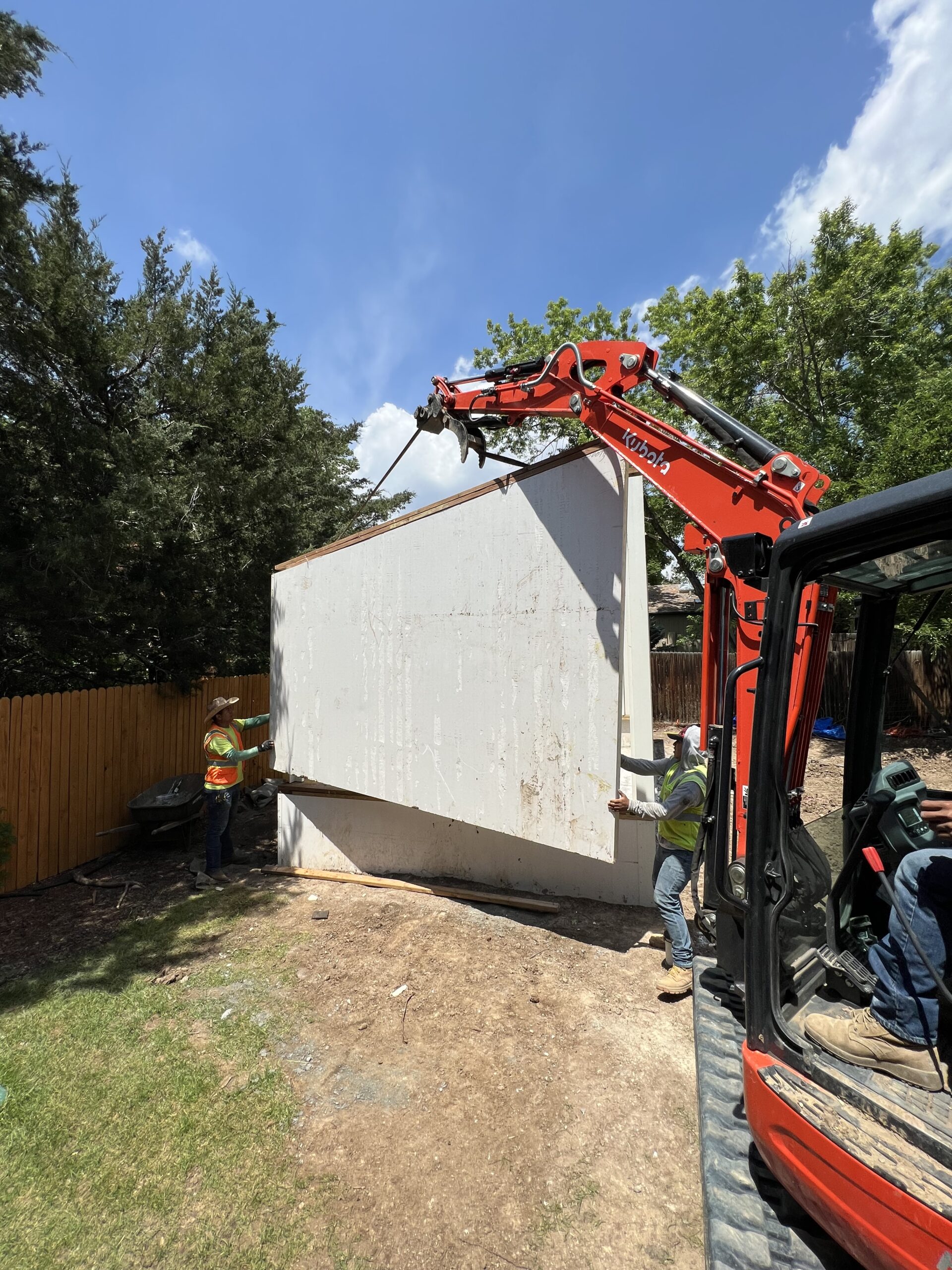 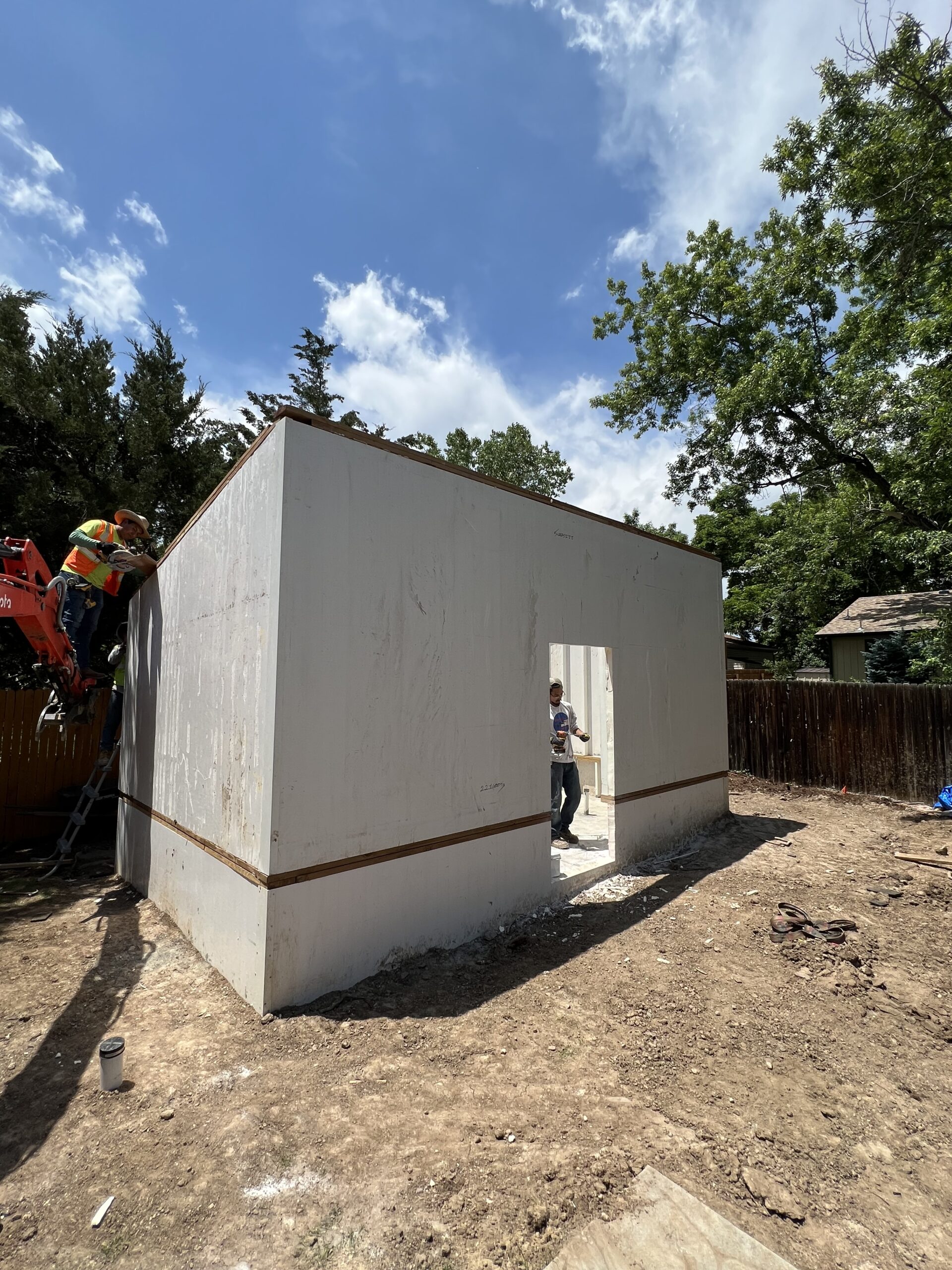 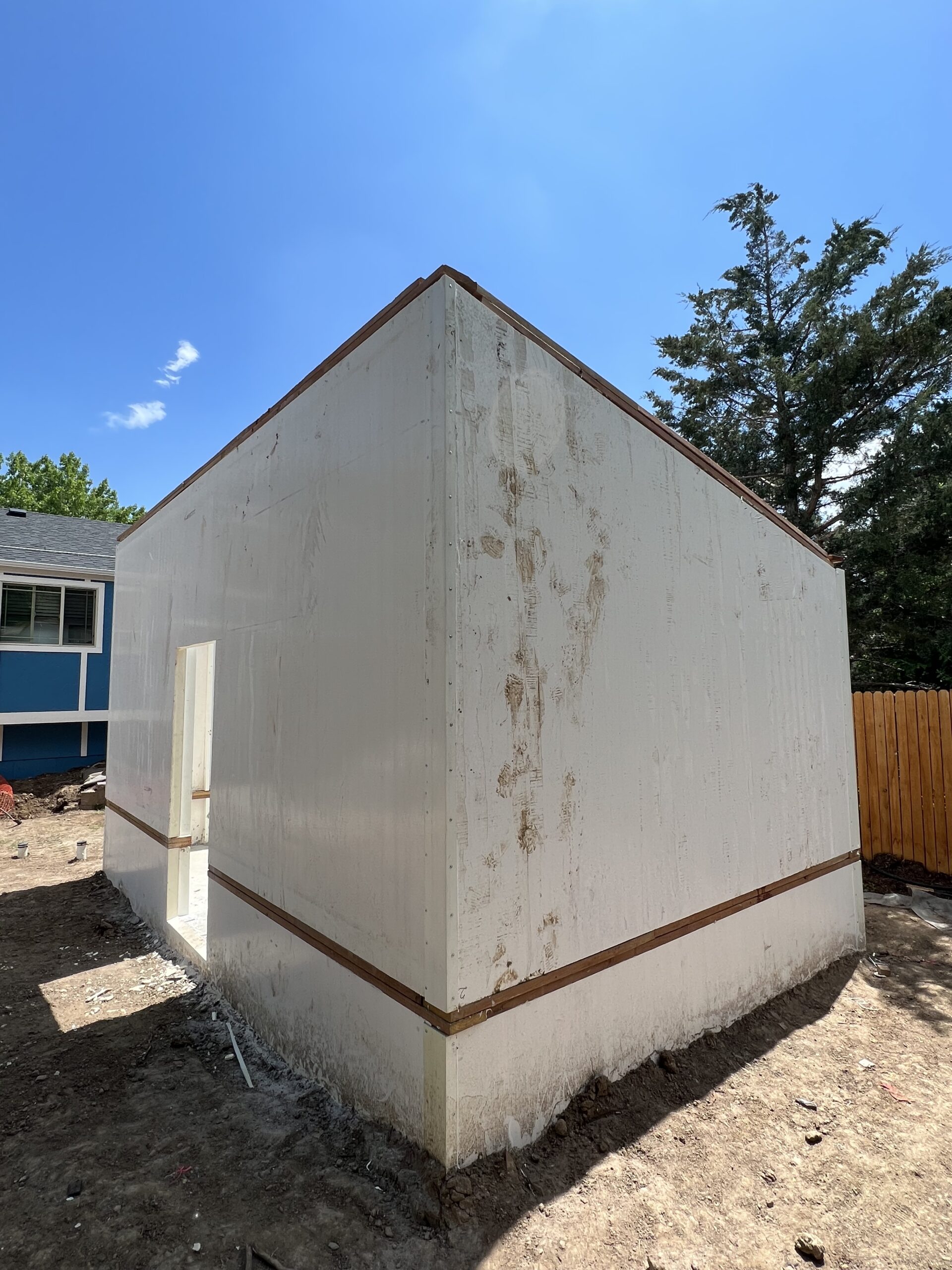 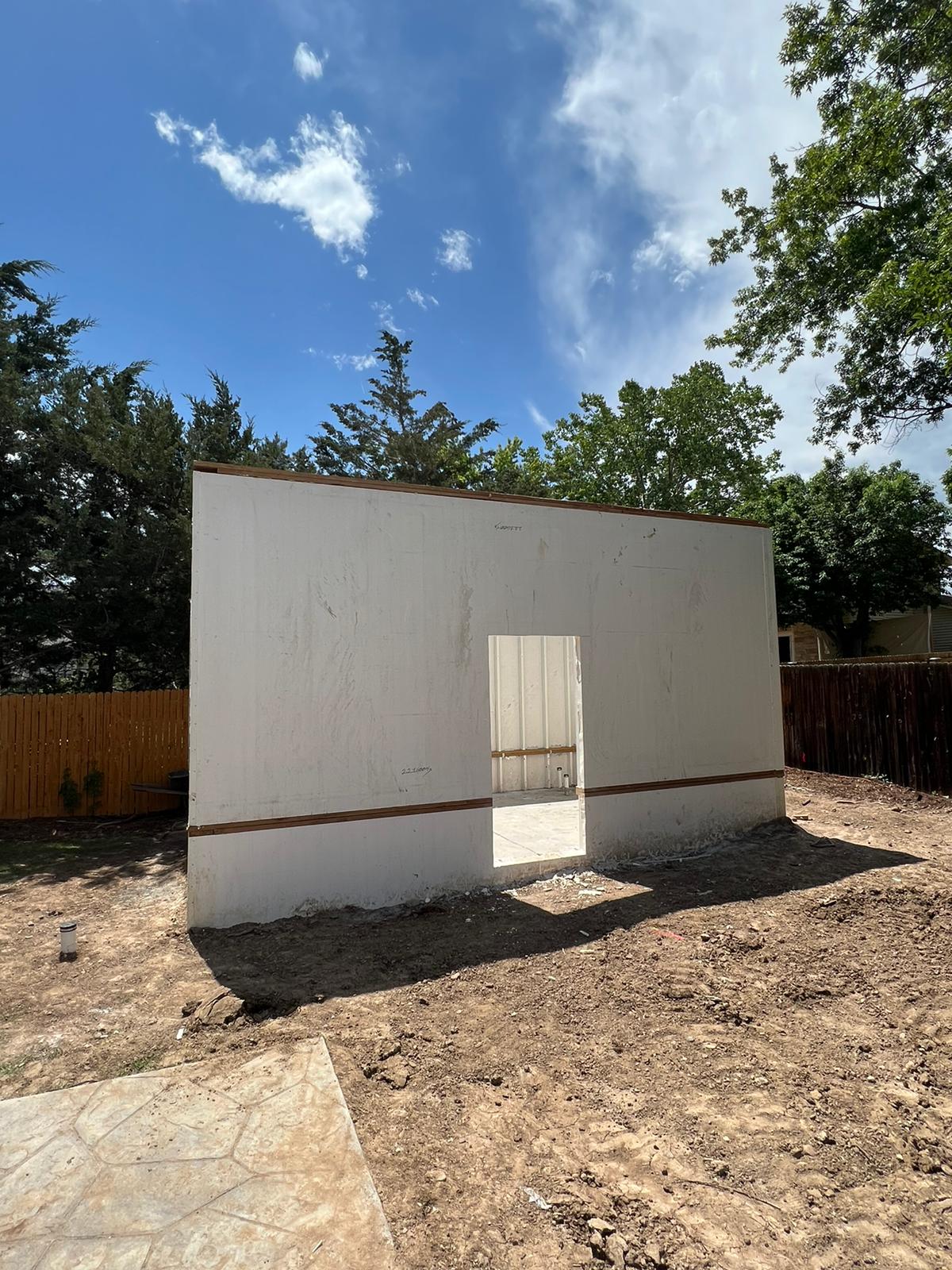 Get A Price
Page load link
Call Us
Go to Top